People with depersonalization / derealization will sometimes describe a 'ringing in the ears' as one of their many symptoms.

Though I never personally experienced tinnitus and depersonalization / derealization at the same time, I know that they can exacerbate each other. And years later, after a brush with temporary tinnitus, I became aware of the similarities between it and DP/DR.

When I was a teenager, my guitar teacher warned me of the dangers of tinnitus. He had played in some very loud bands over the years and developed the condition in its chronic form at some point.

He described the experience as being incredibly difficult. He had a high-pitched tone in his head that was constant, from the moment he woke in the morning until last thing at night.

He said to me: “I wanted to throw myself out a f*cking window.”

He later told me that it was only when he read the Book of Job that he began to find some ability to cope. Not in the sense of religious succour, but more a feeling of his suffering having some meaning and understanding the futility of being angry about it. 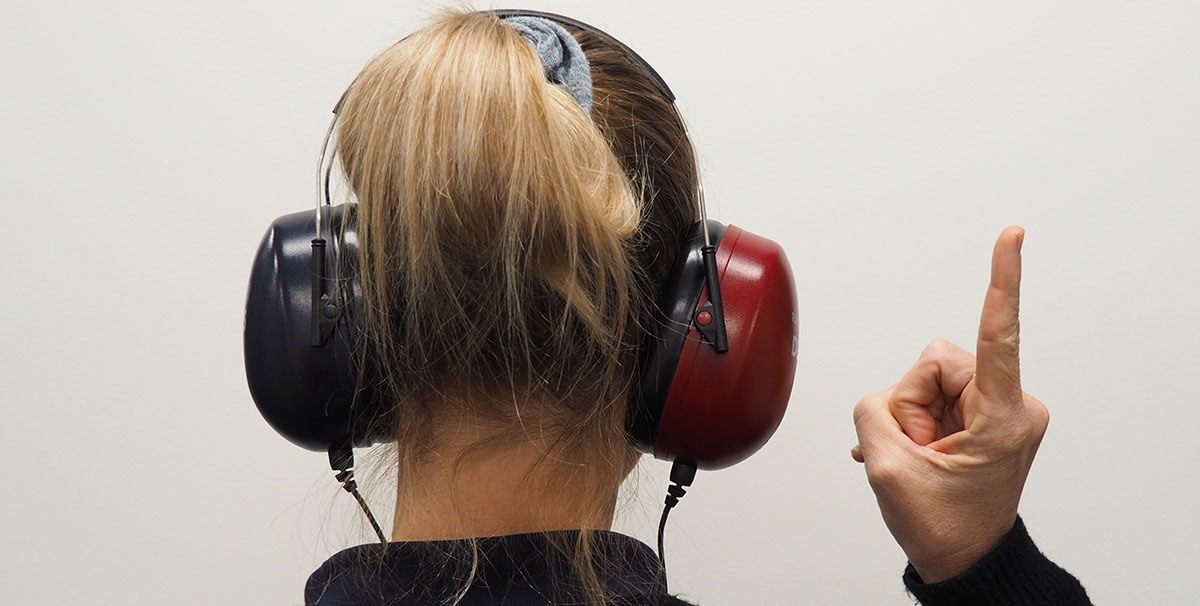 That one conversation had more of an effect on me than all of the dire warnings about loud music that teenagers so rarely heed. There was a sense of existential fear about it, a tangibility to the scale of what faces people who develop chronic tinnitus.

It was also more relevant to me than most since I was already diagnosed as having hyperacusis in my right ear -- Since childhood it’s been particularly sensitive to loud noises and high frequencies -- and people with hyperacusis are very prone to developing tinnitus.

With that in mind, I have since taken great care of my hearing. I don’t think that I’ve ever played a music show or attended a gig (and I did lots of both!) where I didn’t have my ears carefully plugged up.

It kept my hearing safe and sound -- until one day in 2016. I attended a weekend-long music festival and as usual, I kept the ears safely plugged.

But when I got home on Monday…. there was a high-pitched whooshing noise in my right ear.

At first I wasn’t too alarmed by it. But it was still there on Tuesday.

And on Thursday morning I woke up with it going off like a car alarm in my head.

I started to panic. I combed through the events of the weekend, trying to recall anything that could have caused this.

Had I stood too close to the speakers at any point? I didn't think so, but I couldn't be certain.

Maybe someone had shouted into my ear over the music? Possibly, but would that really be enough to trigger tinnitus?

I kept racing through all these possibilities.

And the sound was there all the time. I walked into the city, I went to the gym, to the theatre -- it was constant.

At one point I tried to watch a film with headphones, and the sound was distracting to the point of being overpowering. I was terrified.

At this point, I decided to contact my sister who coincidentally works for a company who manufacture devices to treat tinnitus.

We’ve had conversations in the past about her experiences with tinnitus patients and they’ve been pretty grim; people driven to the edge of their sanity by constant, unrelenting sounds in their head.

I had avoided making the call because I felt that it would be some sort of admission, that would somehow make it real.

She did not, however, give me the panicked response that I had anticipated.

Instead, she reminded me that I had been to a music festival, and that even with precautions, you can sometimes hurt your ears.

Also, I had been outside in the cold and rain (one night at the festival was particularly bad) and that could have contributed to a temporary ringing in the ears.

Most importantly, she said the following:

I immediately felt a sense of relief. The sound was still there, but at least I felt as if I had some sort of direction.

For the next 24 hours, I actively focused my mind on absolutely everything else but the sound in my ear.

I kept headphones on and had music or podcasts playing. I didn’t lie in bed feeling sorry for myself.

I went to the theatre, I met with friends, I wrote and edited.

And within 48 hours the tinnitus was almost completely gone.

Now, I’m quite aware that so much of that is based on a psychosomatic effect, but it worked.

Once I believed that I could at least control it to some extent, I stopped scanning for it all the time.... and soon after that I wasn’t paying attention to it at all.

If I sat in silence and listened carefully for it, I could hear it in the distance -- and I’m sure that doing so consistently would have exacerbated it -- but I didn’t allow that to happen.

I caught the tinnitus early, I got the best possible advice and I focused my mind elsewhere.

What does all of this have to do with Depersonalization / Derealization?

Well, tinnitus and Depersonalization, and my experience of them both, actually have a lot in common.

Firstly, the sense of panic I felt with tinnitus was very familiar to me from when I had DP/DR. It’s the feeling of something being thrust upon you that you now have to deal with.

And you don't know how long it's going to last. For all you know, it could go on indefinitely.

It’s almost impossible not to project into the future, to imagine and start panicking that you’ll never be the same again.

However, what I knew to do this time was to not to frantically research the condition.

I knew full well that if I spent my time sitting in front of my computer, looking up tinnitus forums, that I’d come across horror stories and that that would push my anxiety through the roof.

Whatever happened, I had to stay focused on other things. With my sister’s advice I was able to redouble that effort, to strictly concentrate only on constructive thoughts and activities, and the results were astonishing.

Looking back on the two years I had with Depersonalization and Derealization, I wondered just how long it would have lasted had I found some calm, sensible advice about it soon after developing the condition.

Had that happened, I seriously doubt that the condition would have spiralled into the months and years of fears and existential thoughts that it became.

I think it’s possible that it could have all been avoided.

And that’s why we need more awareness of Depersonalization and Derealization.

To let people know that the condition is harmless, temporary -- and they can start to heal themselves.

Start your recovery from DP TODAY